The Udon Bird Sanctuary is a relaxing VRChat experience where players can feed ducks, geese, and sometimes a crane. At the time of writing, it has been visited over 700,000 times!
Click here to visit for yourself!
(VRChat does not require a VR headset, you can install it on Steam.)
I modelled, textured, animated and programmed everything in this world. The majority of the work took about 3 weeks during April 2020, small adjustments and seasonal changes have been made since.
When COVID-19 struck, the local bird sanctuary had to temporarily close. Around the same time, VRChat released their programming feature called Udon, allowing users to write code for their worlds.
I really wanted to feed ducks, so I decided to create my own virtual park for anyone to visit, complete with virtual birds that wander around looking for food. It's very loosely based on the Reifel Bird Sanctuary in BC, Canada. 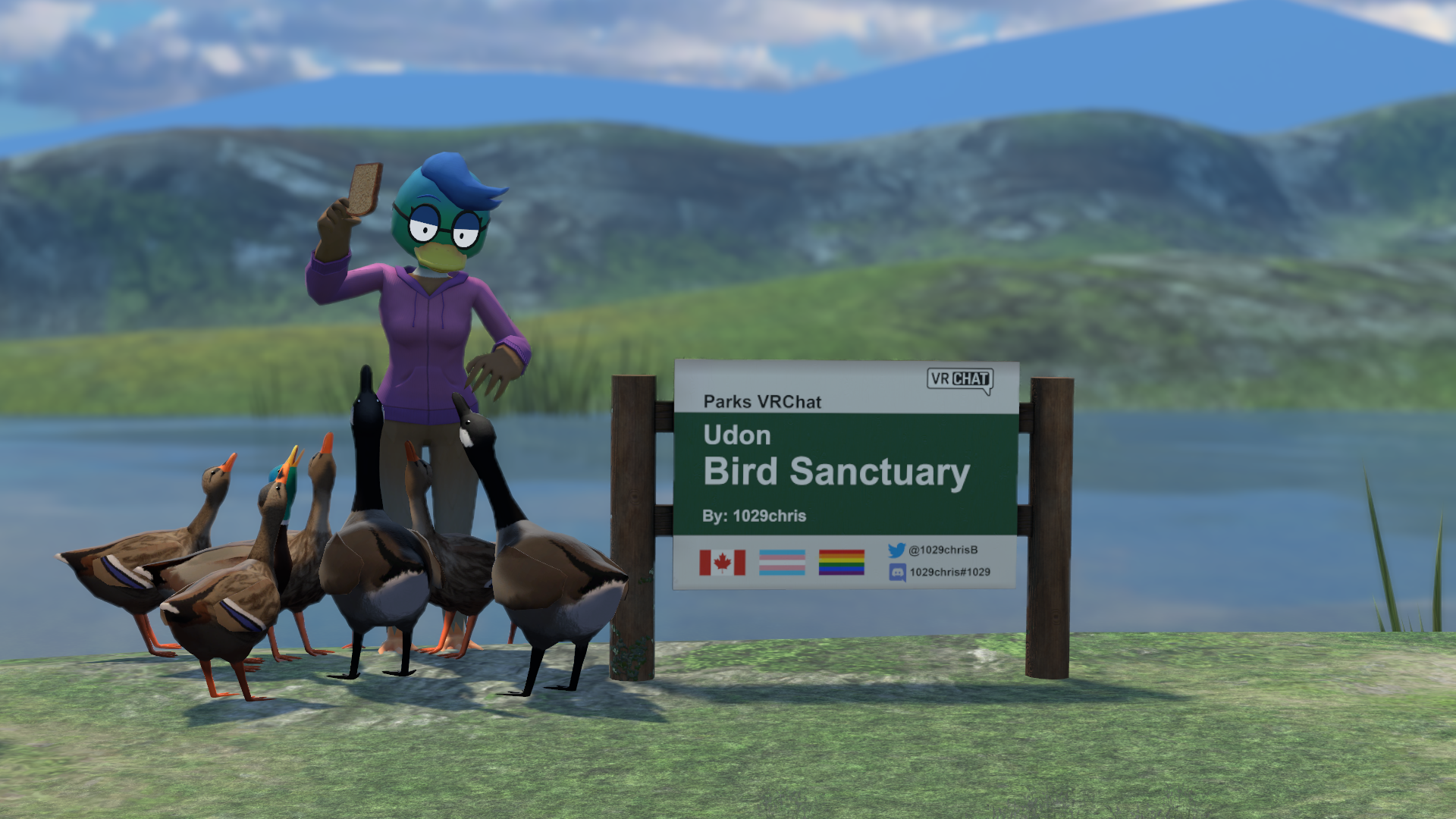 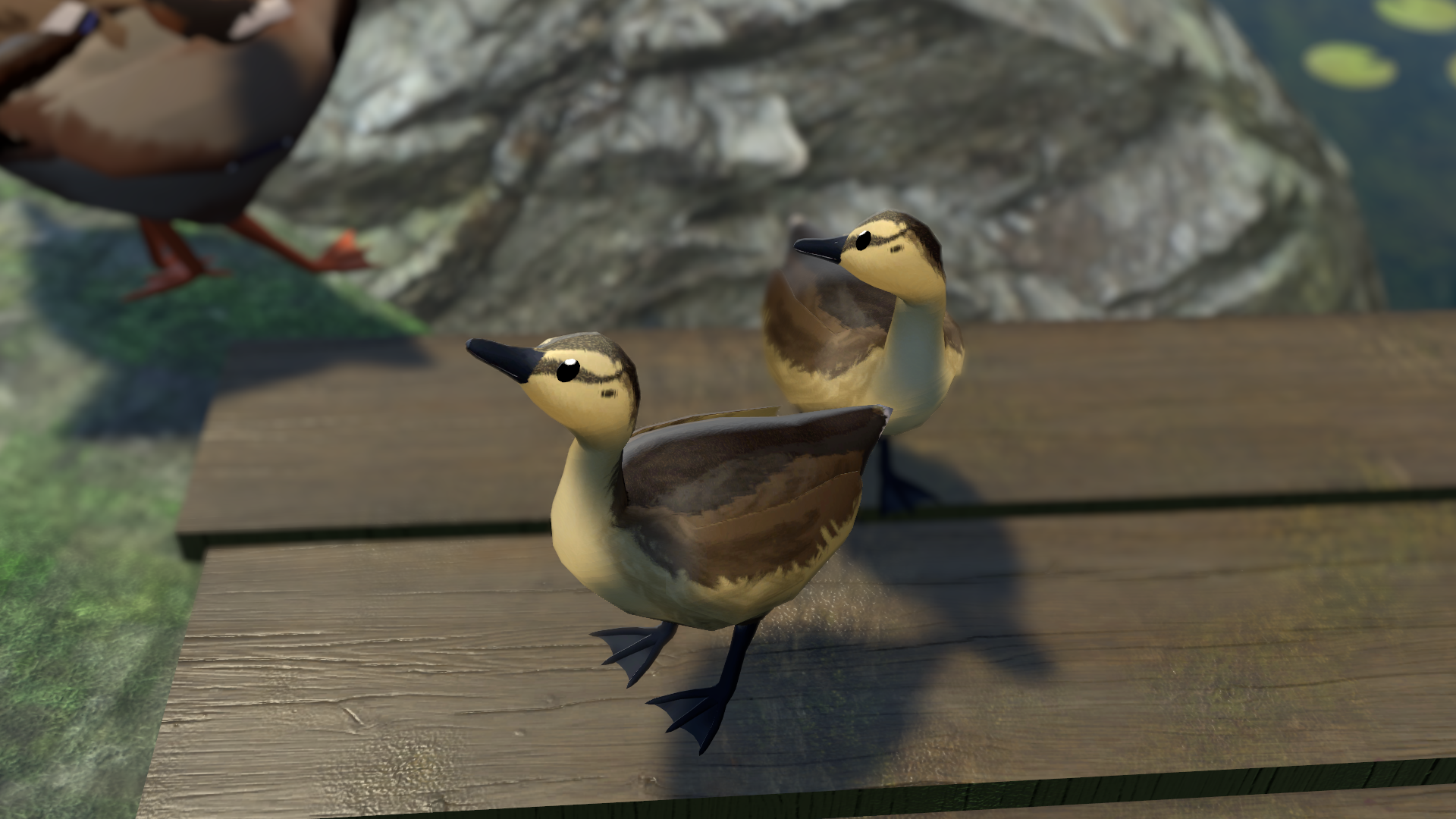 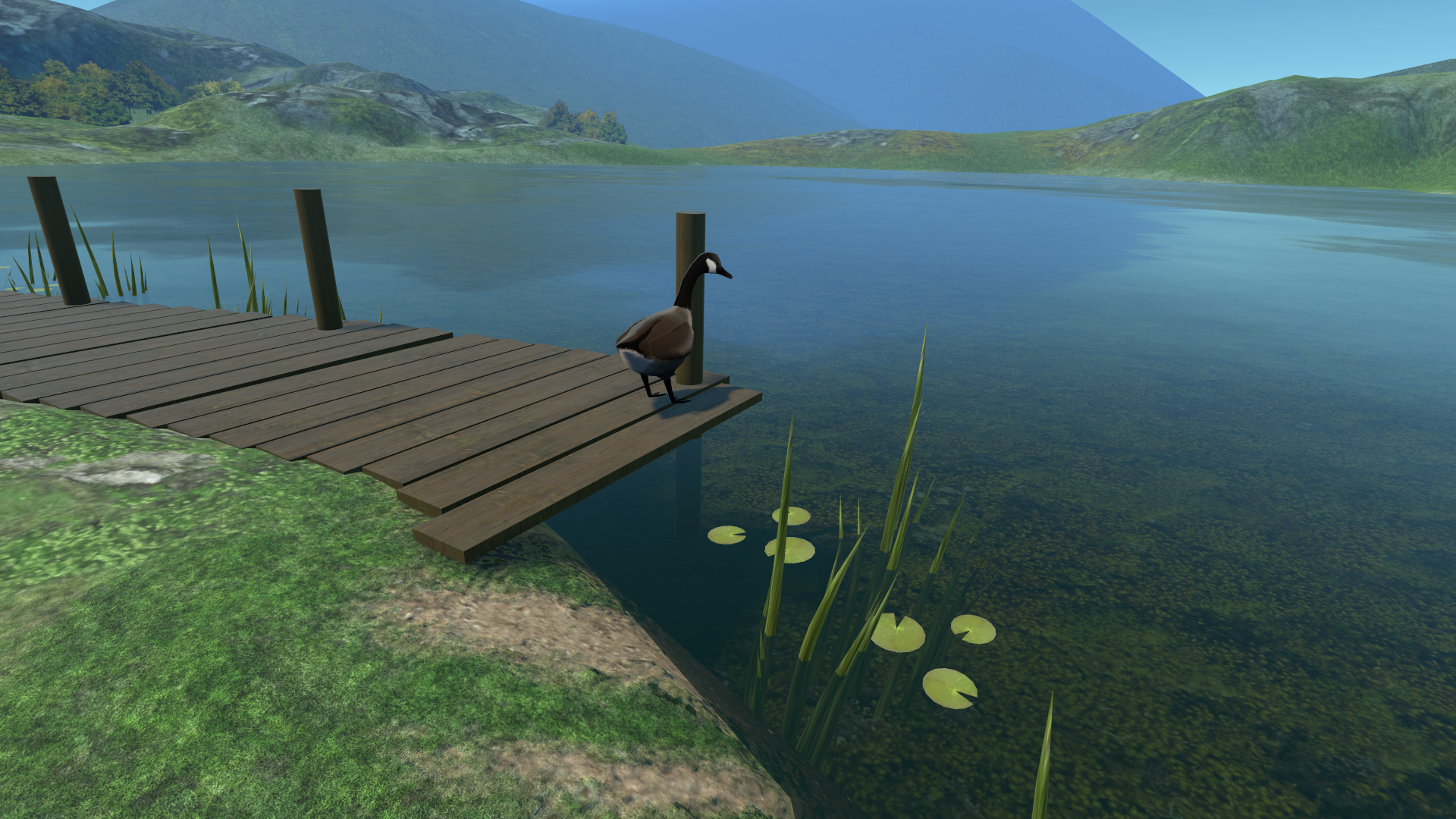 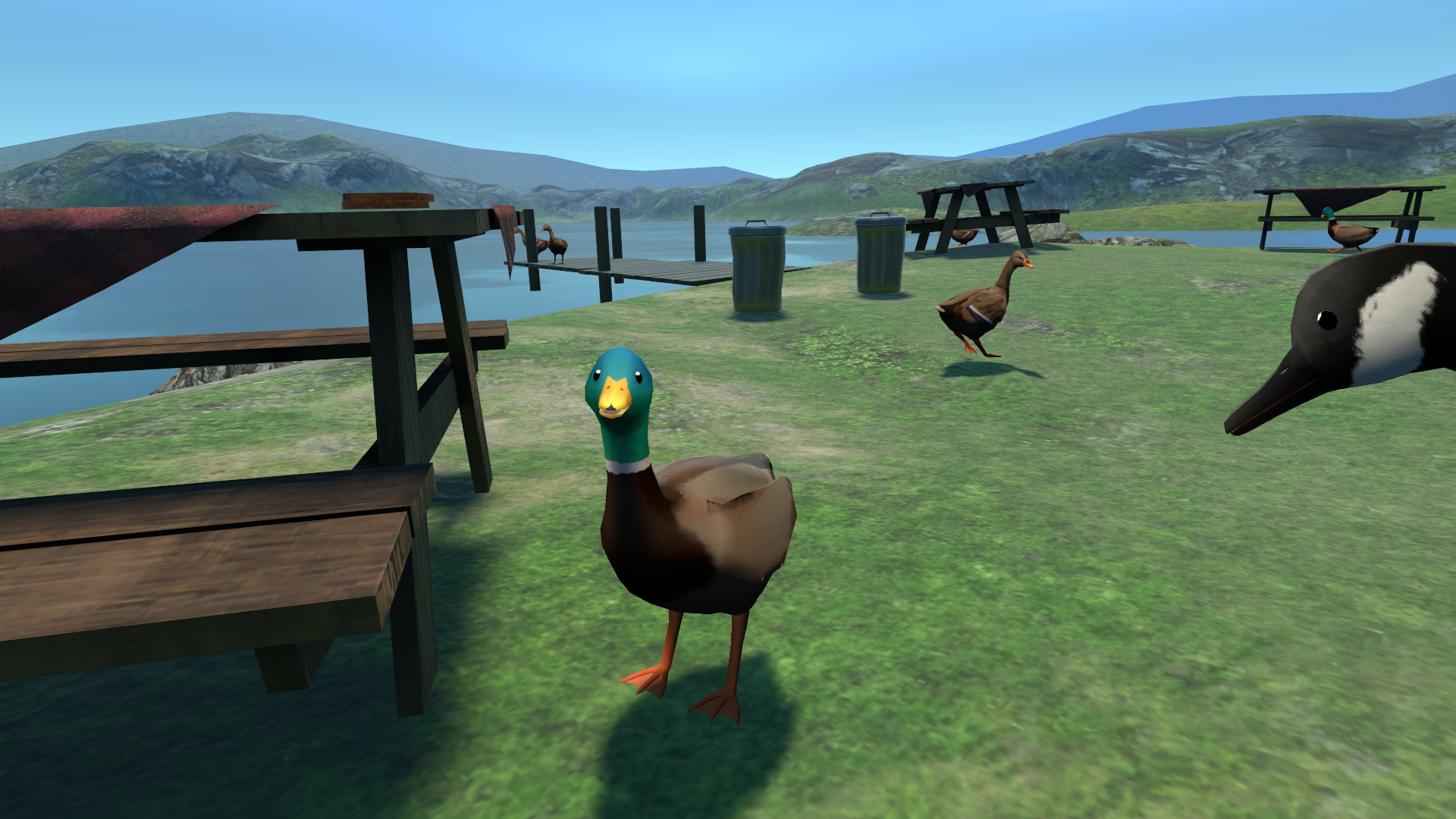 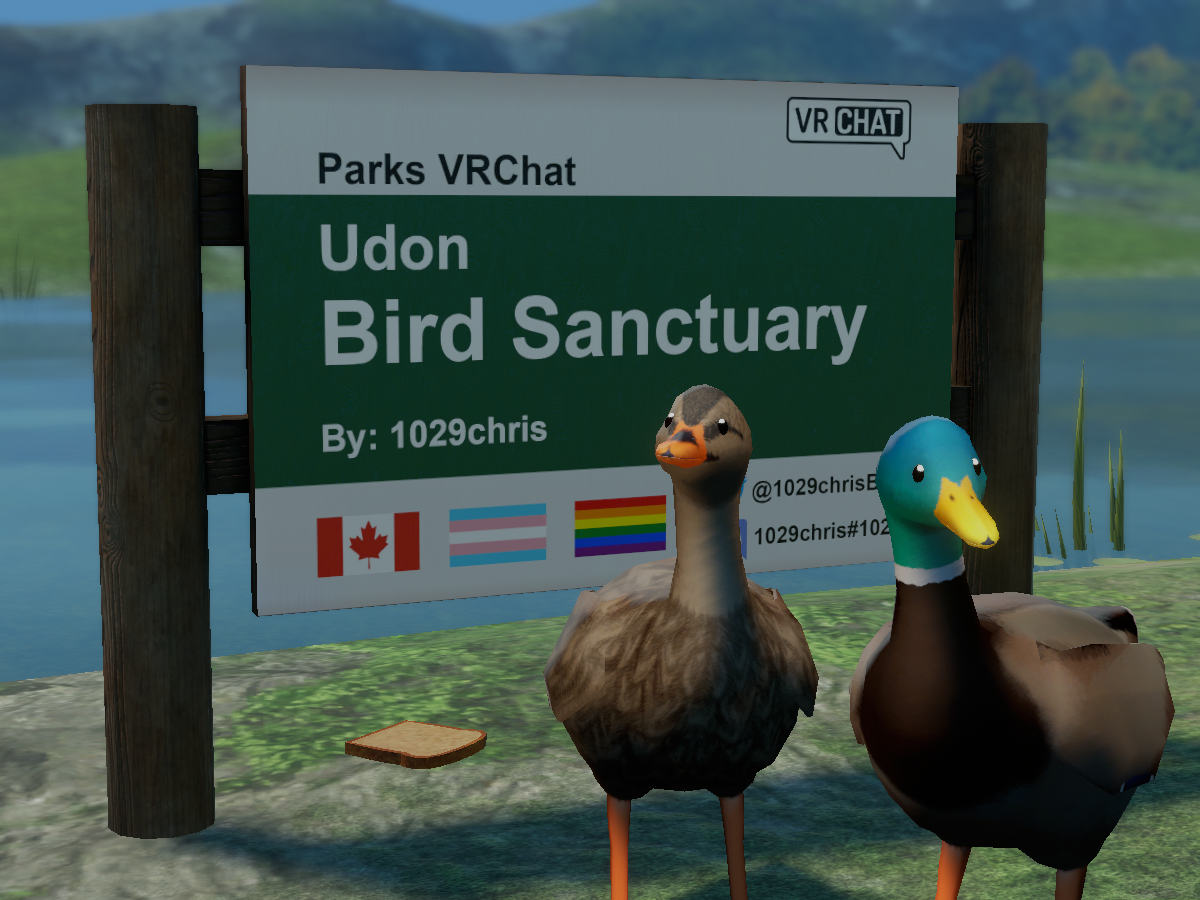 Before it was even public, word got out about it, any tests I did quickly filled up with people. I knew I had something special on my hands, nothing like this had been done before in VRChat. It's popularity has been quite overwhelming!
Food spawns on a picnic table, and players pick up and feed it to the birds. If a bird sees food, they'll intently follow until it's gone. The ducks randomly quack, and the geese honk. It's all networked too, everyone sees the same thing if it's working properly.
The birds, food, props, and island were created with Maya LT and Substance Painter. The walk cycle on the birds was animated with Maya LT as well. The sanctuary was all put together in Unity since that's what VRChat uses and requires. I coded the bird AI in C# using UdonSharp, which is very similar to standard C#.
So far, I've made a Halloween and Winter variant, which were around for each holiday. Friends of mine "carved" each of the pumpkins for the Halloween version. 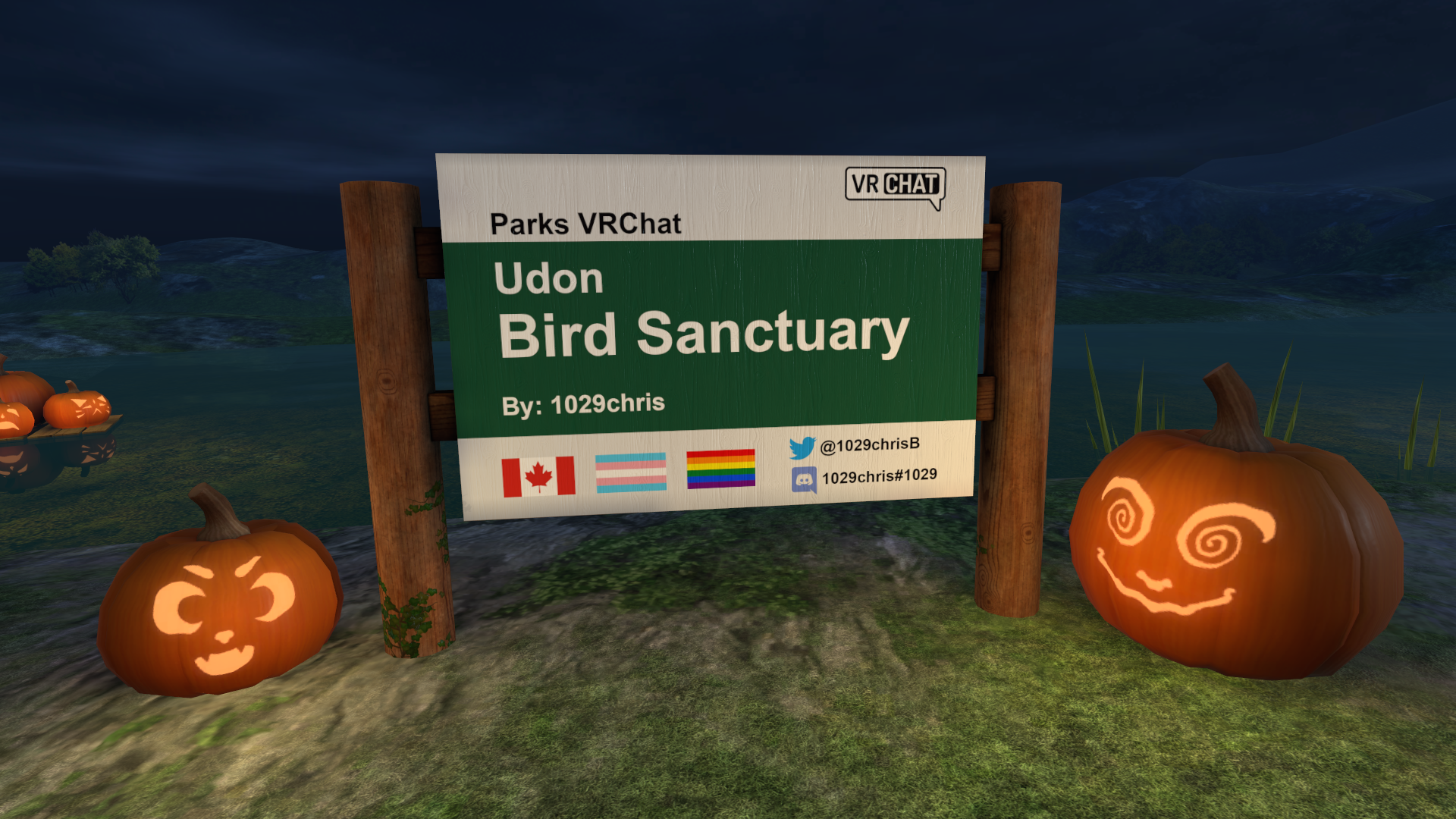 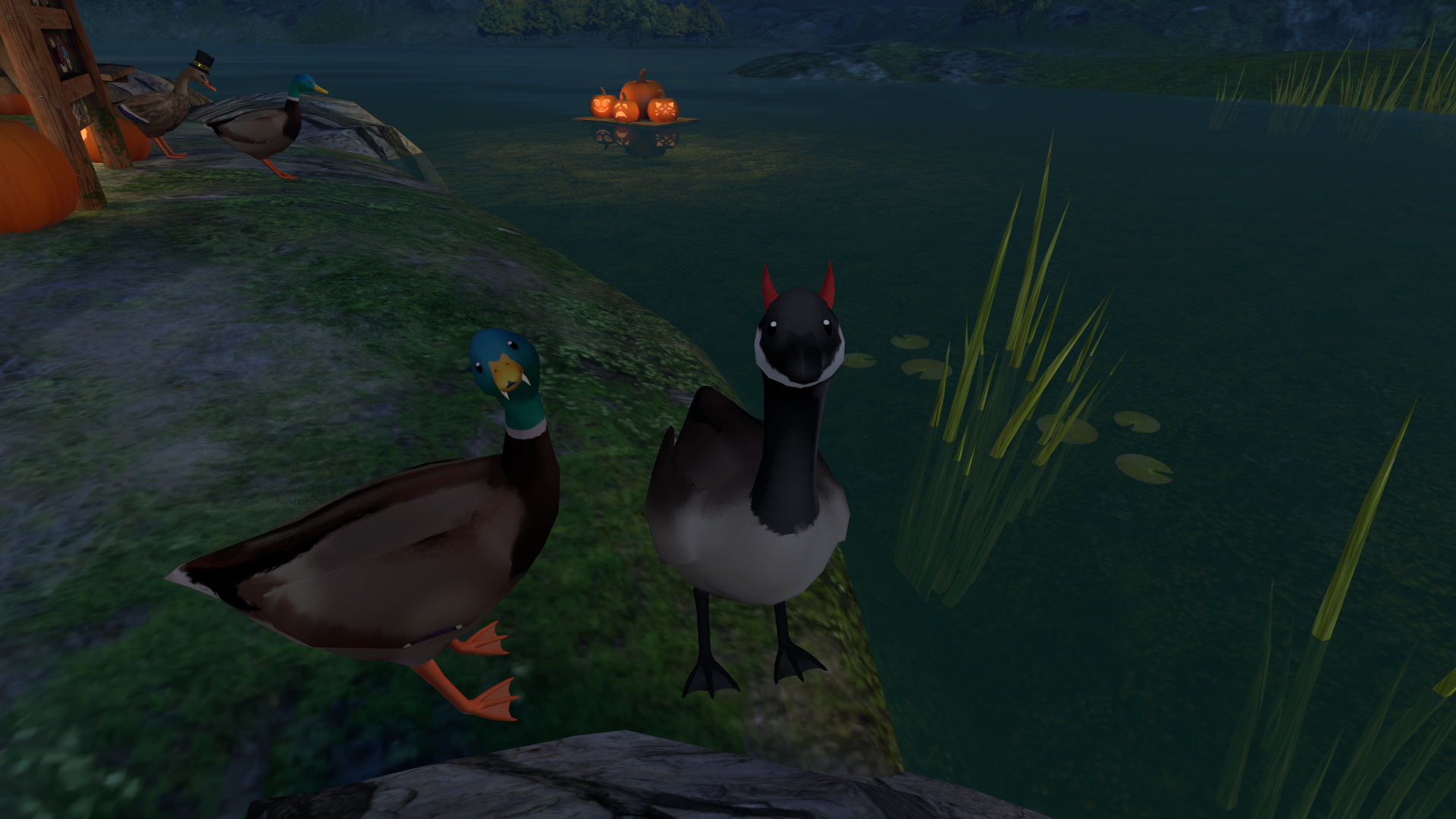 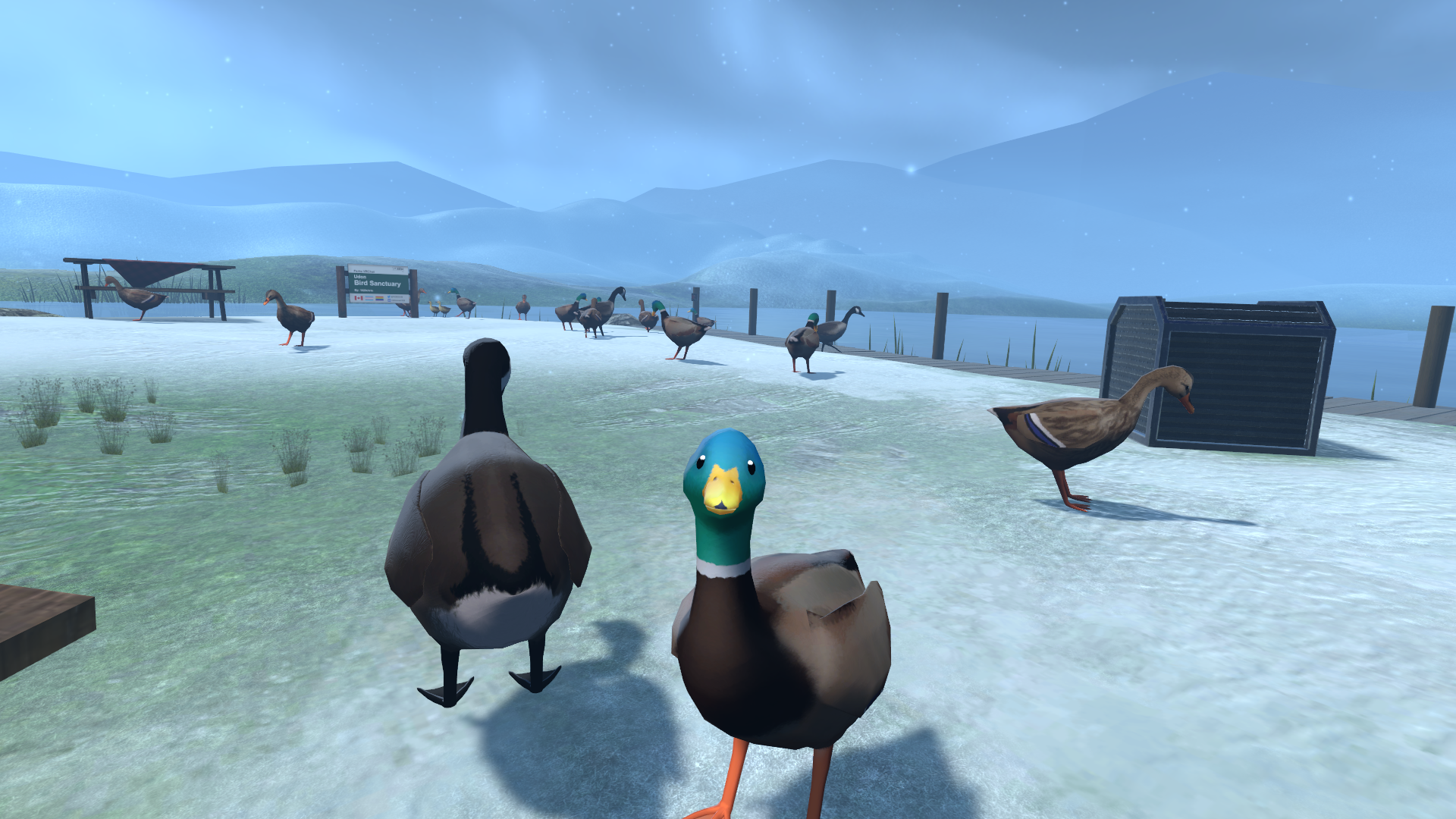 As you could imagine, I have a lot of photos of various users having a good time at the Sanctuary. The weekends are usually quite busy for the world, but I'm sure the ducks don't mind. 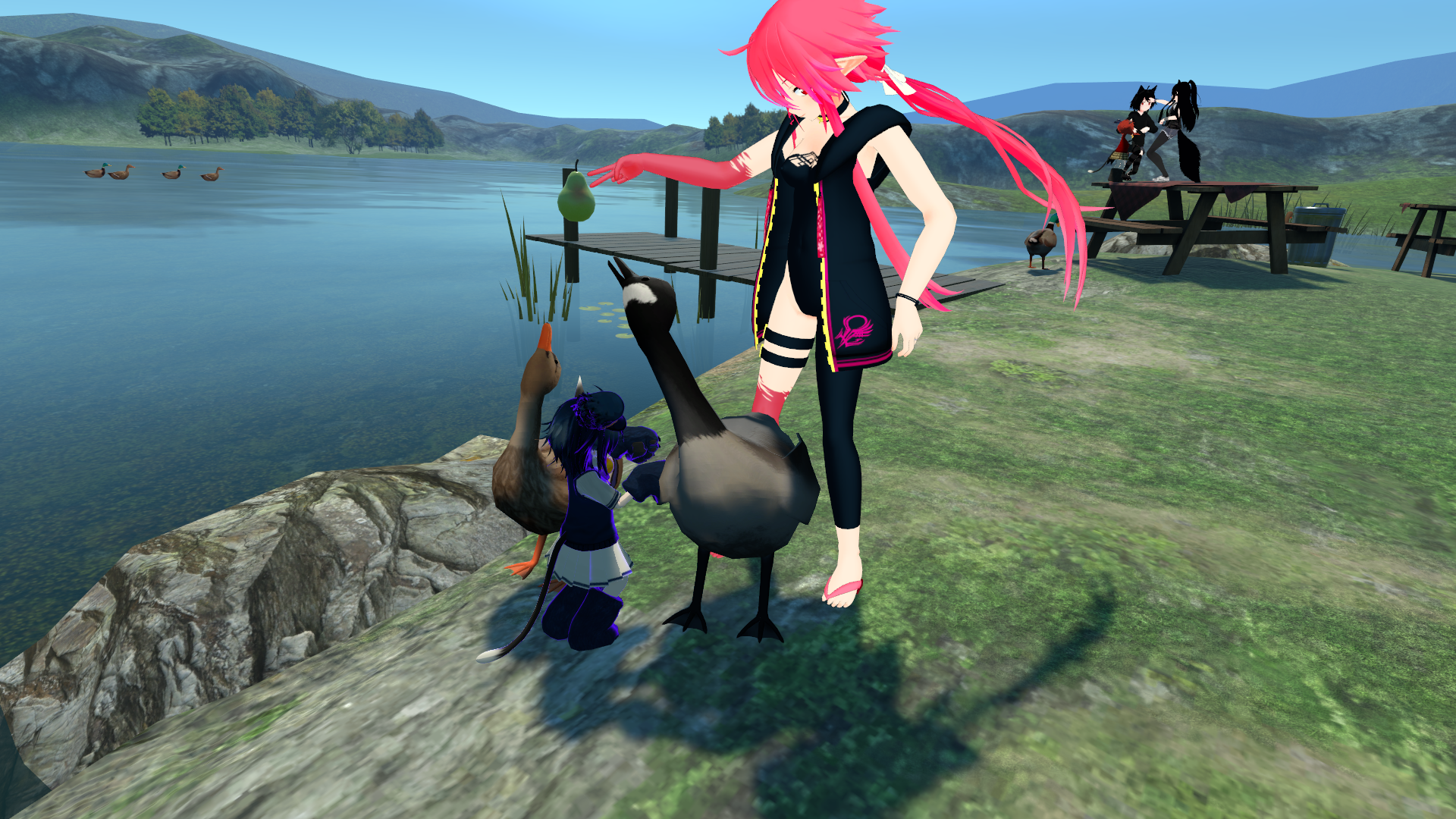 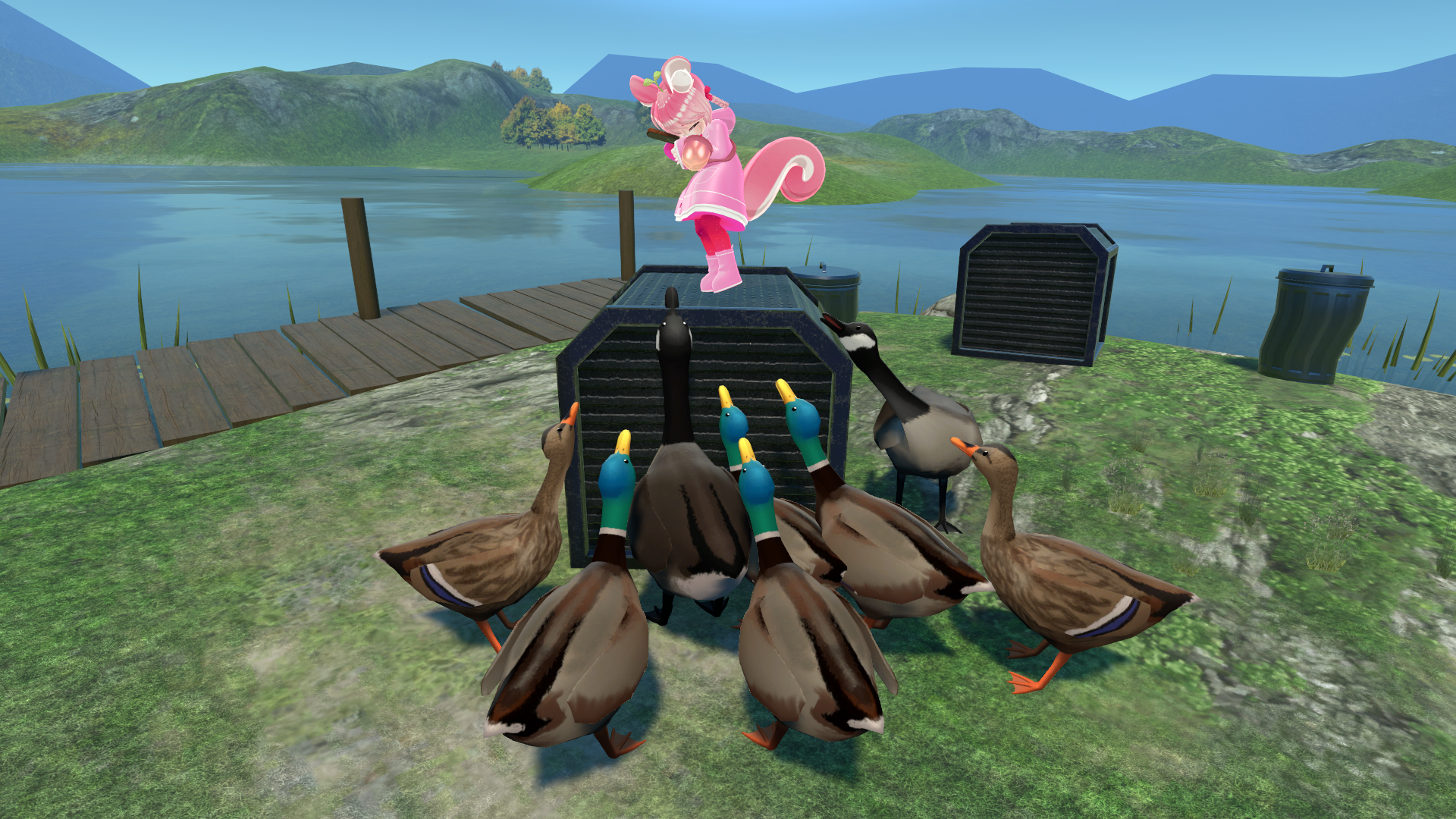 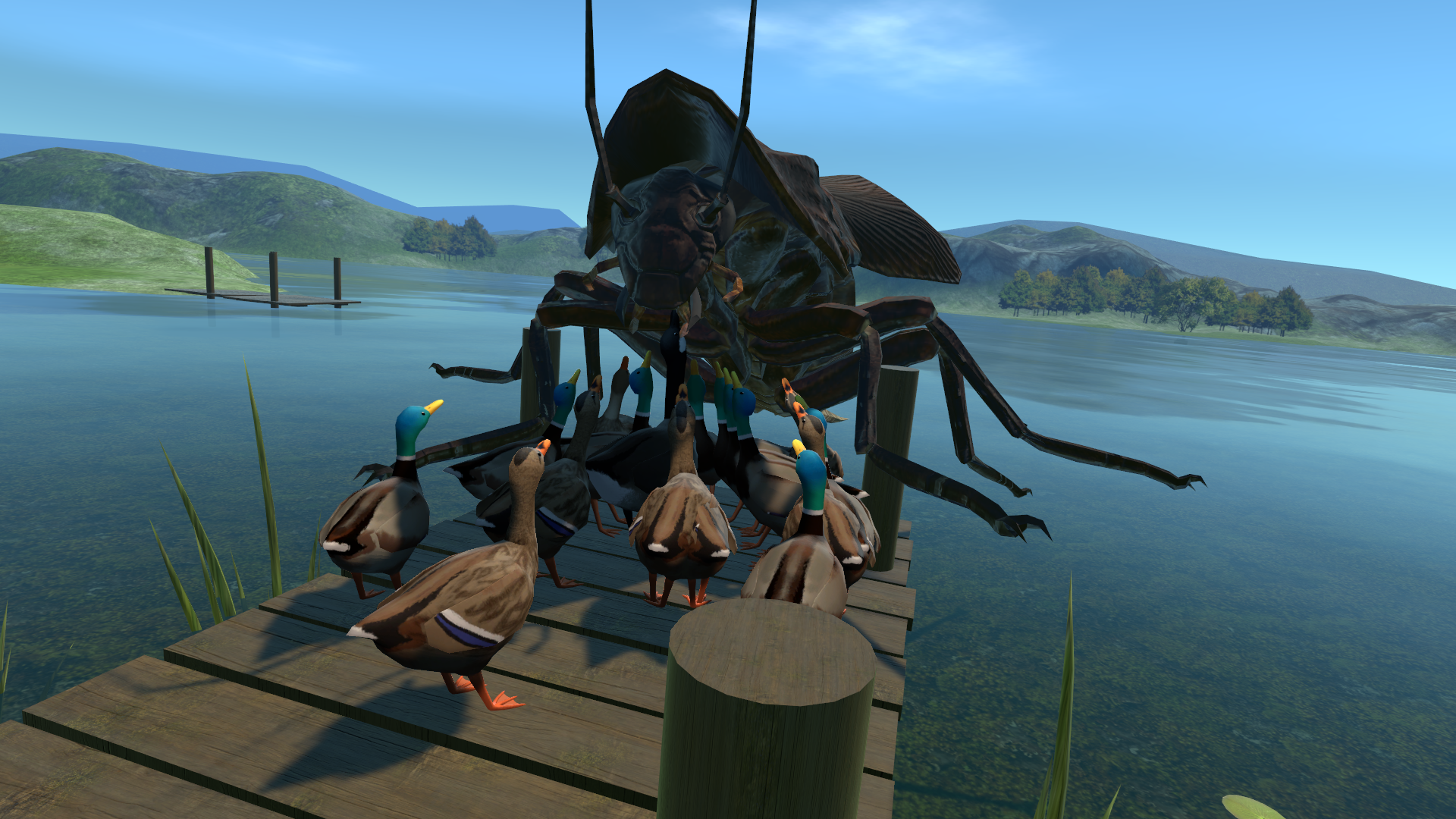 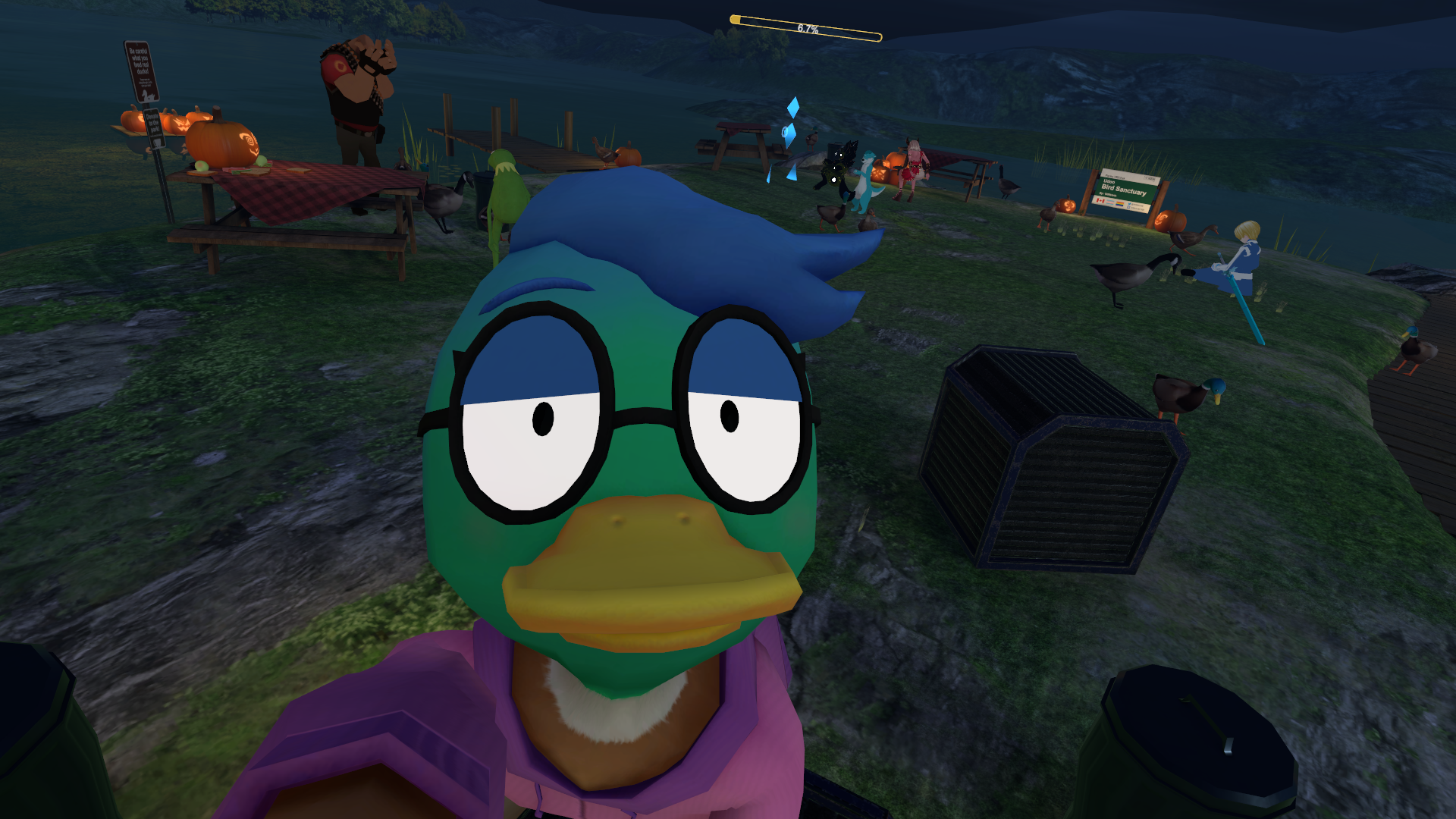 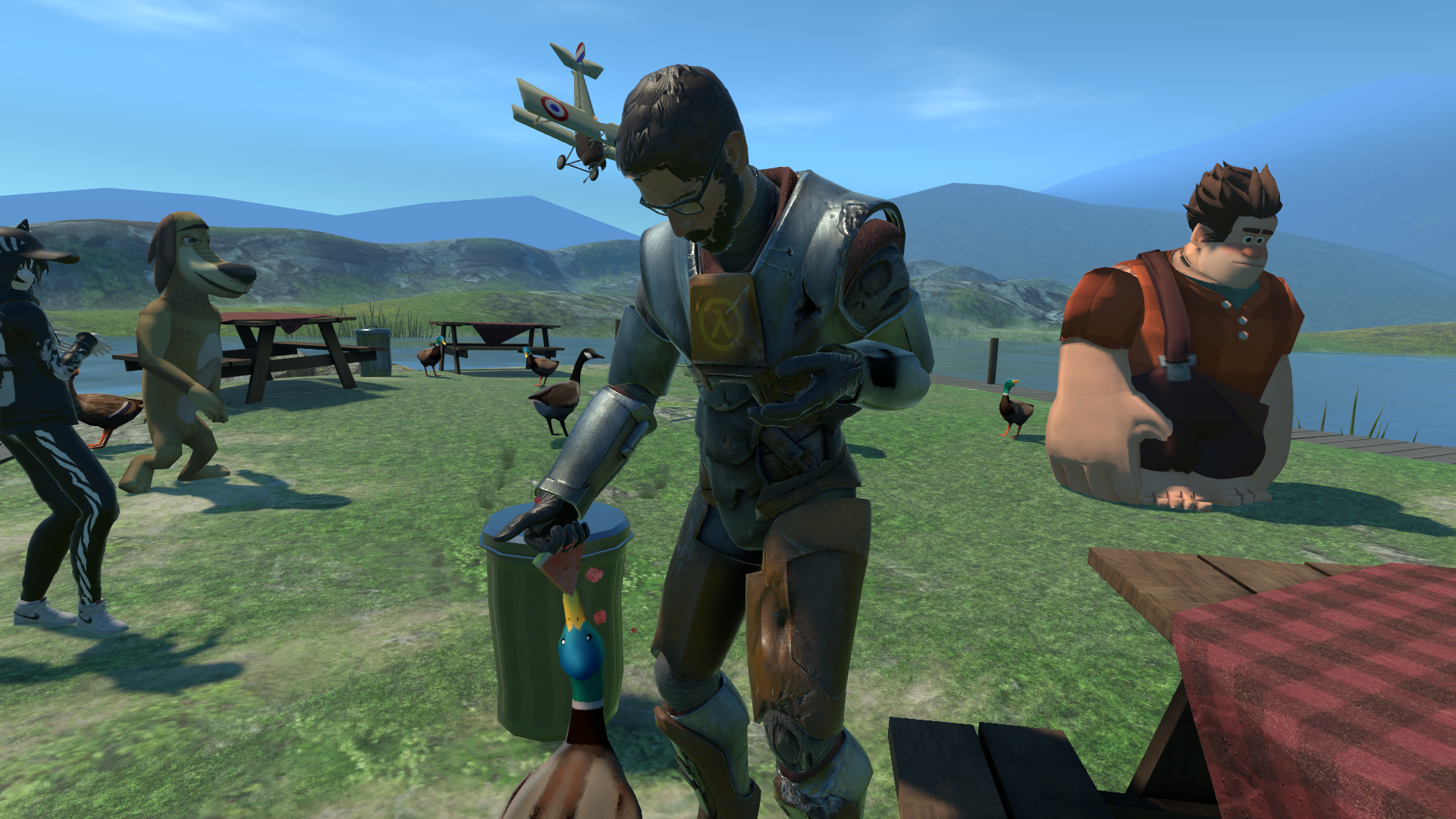 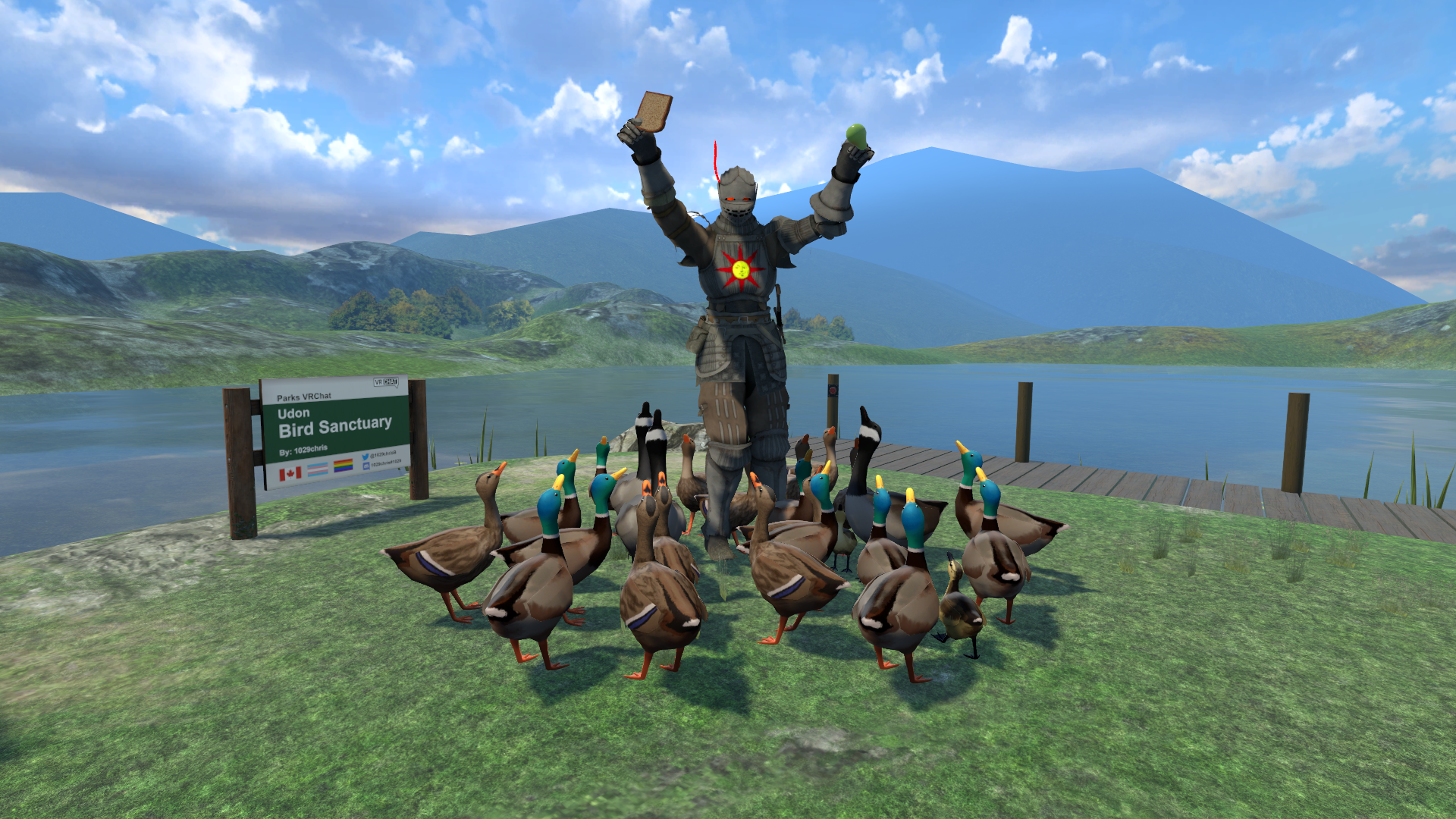 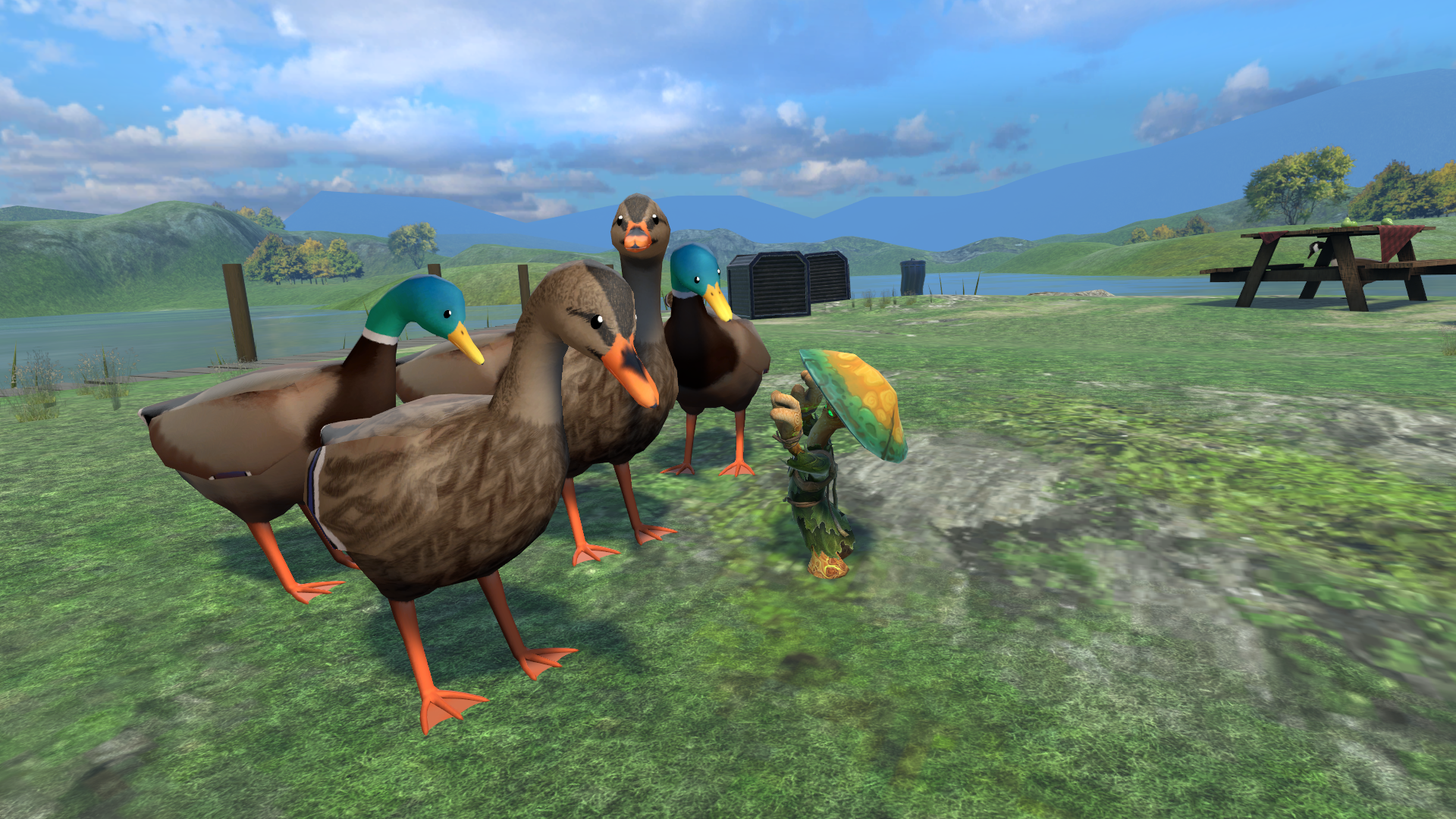 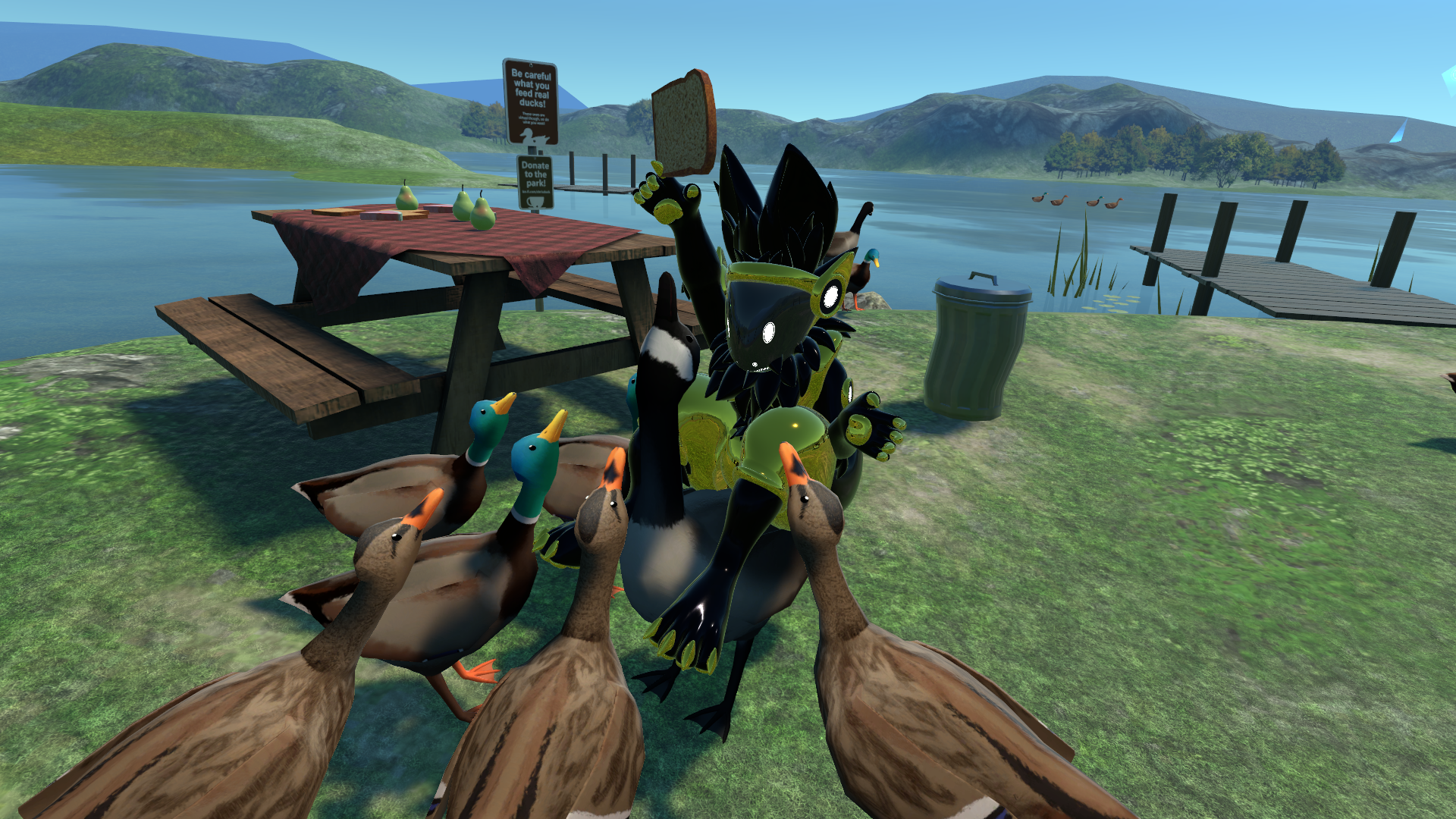 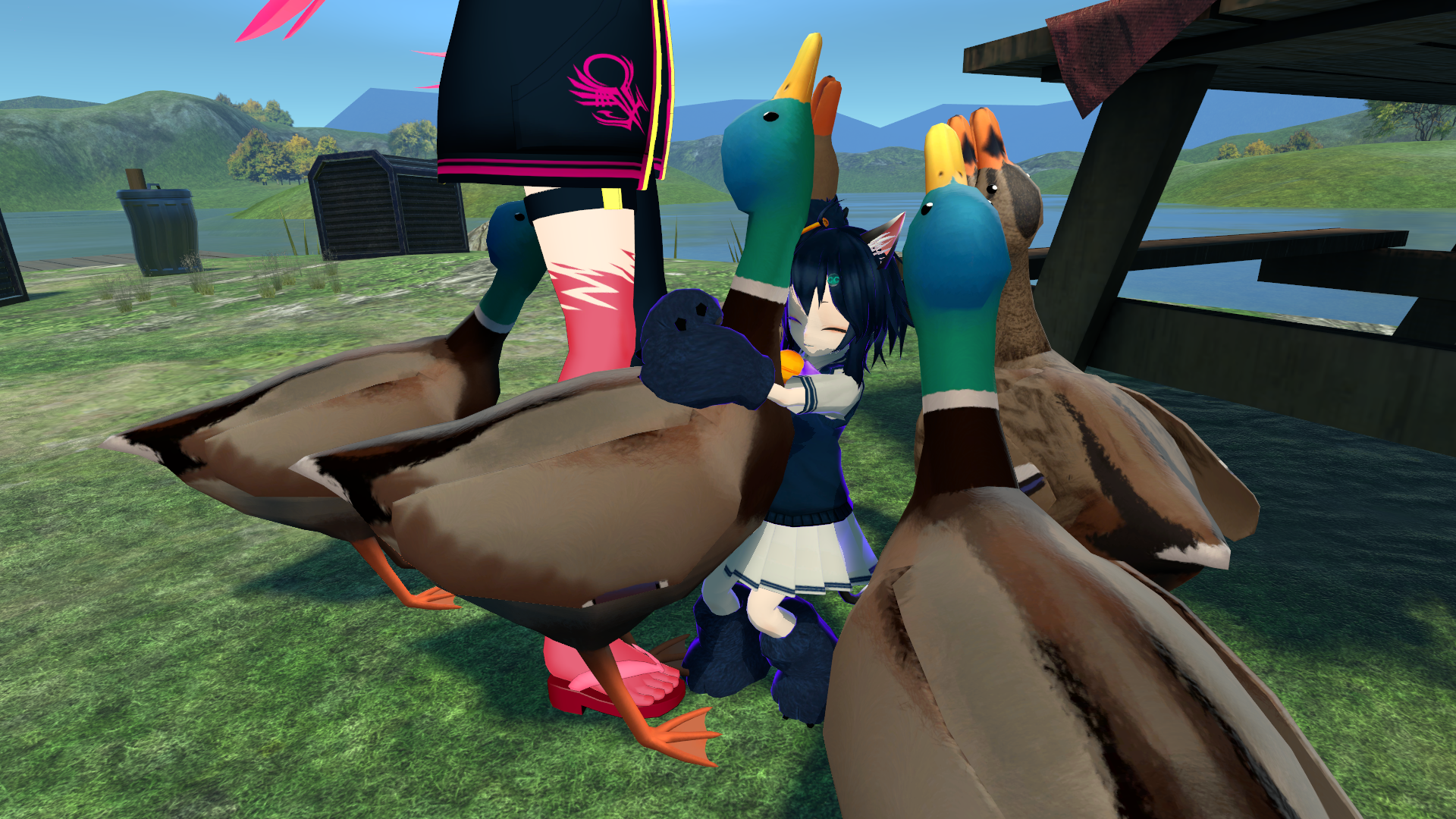 The Bird Sanctuary has been a lovely passion project, a relaxing place to hang out in VR, and I'm looking forward to adding more birds and holiday variants over time! I hope once Udon becomes more performant, I'll be able to port the map to the Oculus Quest, allowing VRChat players on mobile headsets to visit as well.
↑Back to Top